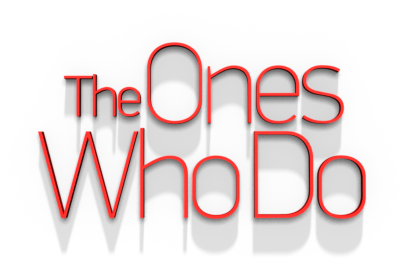 do·er noun \’dü:ǝr\ Noun 1. doer - a person who acts and gets things done; "he's a principal actor in this affair"; "when you want something done get a doer";

The subject of this year's event is "The Ones Who Do". We will be bringing together a group of visionary individuals from a variety of fields who at some point in their lives have challenged commonly held perceptions and pre-established boundaries.

The Ones Who Do are individuals who dream of a different world, who find ways of making their ingenuous vision an everyday reality and who do not stop in the face of adversity. This approach to life not only redefines our perception of the world and empowers us but also highlights the effect our actions can have on others. Our choice of topic is not only local but urgent: we need to turn thought into action today.

"Theatron" of the Hellenic Cosmos

A select group of Greek and Cypriot designers joined forces to make the first show in Cyprus come to life, with garments made of eco-friendly materials. more »

When ecological awareness meets innovation the results are spectacular!
DoItEco is the first eco-fashion show to take place in Greece and Cyprus,
spreading awareness on a global movement towards conscious living!
A select group of Greek and Cypriot designers joined forces to make the
first show in Cyprus come to life, with garments made of eco-friendly
materials such as organic cottons, raw silks, tea stain dyes, and burlap.
In the same spirit the production process of these garments practices ideas
of minimizing water use, energy consumption, and allowing for humane
working conditions. DO IT ECO is a lifestyle, promoted through fashion…
for life

Join us at TedX Athens, to witness the Eco-designs presented in Cyprus
2012, listen to what eco-conscious designers have to say about their work
and the environment, and learn more about the global movement that is not
only a modern trend but a responsibility for us all!

This is what the “Reasons to Believe” campaign promotes, based on data from an international research and real life examples. more »

Coca-Cola, in the framework of the “Reasons to Believe” campaign, has created the Coca-Cola Lounge, so that visitors can relax, refresh and connect inspired by the idea that the world is much more beautiful than we believe and that there is a better future ahead!

This is what the “Reasons to Believe” campaign promotes, based on data from an international research and real life examples.

During the second break, the winner of the “Share your story” contest held by Coca-Cola and TEDx Athens will present their story, which is one of the thousands of real reasons to believe in a better tomorrow!

Feel free to take a pin with a reason to believe in a better tomorrow from the Coca-Cola Lounge and share your reasons with us at the Coca-Cola Wall found at the theatre’s foyer!

Find a cause. Get involved more »

In the framework of its new project, Human Grid, TEDxAthens is hosting 14 Voluntary Organizations and Initiatives, which operate in Athens and whose functioning is due to the disposition of people of all ages, from every corner of the city, to offer to their fellow citizens and/or to make their own contribution, towards a more beautiful and human city…! Representatives from these Voluntary Initiatives will be located on the mezzanine level of the Theatre during the event’s second break (14:00-15:00), in order to interact with the audience of TEDxAthens, to provide information regarding their actions and to gladly accept your assistance with their valuable work!

What is a Future-Teller doing at AIT?

In its continuous effort to spread interesting and innovative ideas to as wider audience as possible, TEDxAthens, in co-operation with Athens Information Technology (AIT), invites you to meet Paul Papadimitriou before his official TEDxAthens 2012 – ‘The Ones Who Do’ speech.

Who is Paul Papadimitriou?

Paul Papadimitriou seeks to understand innovation. How it is created. How it is adopted. How it evolves. He believes cultures shape innovation and is fascinated to witness the result, technology impacting societies. Paul delivers intelligence to businesses, focusing on consumer forensics and trends foresight —the future of digital behaviors. He finally scouts for startups that redefine innovation, and advises a handful of those. Paul has lived in Tokyo, Geneva, Manila, Limassol and London. He’s a Swiss, a Greek and a Finn. He feels at home in long haul flights.

Do not miss this opportunity to meet Paul Papadimitriou, listen to his thoughts and insights and discuss with him.

TEDxAthens, in co-operation with ALBA Graduate Business School, invites you to meet David Shing before his official TEDxAthens 2012 – ‘The Ones Who Do’ speech. more »

In its continuous effort to spread interesting and innovative ideas to as wider audience as possible, TEDxAthens, in co-operation with ALBA Graduate Business School, invites you to meet David Shing before his official TEDxAthens 2012 – ‘The Ones Who Do’ speech.

Who is David Shing?

As he describes himself, David is AOL’s Digital Prophet, working across the globe to identify new opportunities for the business. He regularly speaks at conferences worldwide, discussing the latest trends and the future of the web to provide insight on the evolving digital landscape. By night, he is a singer-songwriter. In his visit in Athens from New York for his TEDxAthens 2012 speech, he will make a stop at ALBA Graduate Business School, giving a unique opportunity to listen to his thoughts and insights, meet and discuss with him!

ALBA Graduate Business School at The American College of Greece

Limited places. Book your place now by sending an email at marcoms@alba.edu.gr

Tweets by @TEDxAthens
Tweets by